This is an update on the Ardusat program which was mentioned in a July post, "Sky's Not The Limit For Arduinos In Space."

In an August 27 press release, Ardusat announced that their 'Arduino satellites' program is now available globally for K-12 students and teachers. ReadWrite has a pretty good article about Ardusat and their program in the recent post titled "Soon Students Will Be Able To Control Satellites In Space." It starts out with a overview of what the program consists of:


"...Ardusat is publicly launching a program to offer "space kits" with programmable sensors that it will place in small satellites in partnership with commercial satellite company Spire. The space kits cost $2,500, but the company has made the curriculum and online resources available for free...Ardusat is running a science competition beginning Sept. 2 to provide 15 high schools with a free space kit and the opportunity to work directly with an astronaut...more than two dozen schools are currently using Ardusat, and with its public launch, the kits are available to everyone...Ardusat's “space kits” contain an Arduino board—a cheap, widely available circuit board for DIY electronics projects—and multiple sensors that can be programmed to capture data on temperature, luminosity, and magnetic fields. The students can program the sensors using Arduino to test scientific hypotheses based on data that can be measured from satellite orbit—for example, finding the relationship between El Niño weather conditions and the ocean temperature near their schools...Satellite sensors will capture data and send it back to students in real-time, so classrooms can monitor how the experiment is performing each day."

The ReadWrite post also talks about one specific teacher and class that's working with the Ardusat program:


"Rachelle Romanoff is a physics and chemistry teacher...This year, Romanoff is bringing Ardusat to her 10th and 12th grade classrooms. Her AP Physics students are so excited to program sensors in space, some students enrolled in the class just for this particular project—she now has 23 students in the class...Because students can configure the sensors in real time, Romanoff says she'll be using Ardusat throughout the school year. Students will write code to then send to the satellites housing their particular project. It will be crucial in helping students understand concepts like electricity and magnetic fields. The satellites will send the data back down to Earth, and students can collect and view the data on their iPads, and make graphs out of the information received from space to observe patterns or work out hypotheses...As the Ardusat programming gets more advanced, and more satellites become available for students, Ardusat envisions more technical experiments like thunderstorm tracking."

I took an AP Physics class in high school, and would have loved it if we'd had access to sensors and microcontrollers (MCUs) on a satellite orbiting the earth. Can you imagine the cool projects a few creative, imaginative and determined K-12 student hackers will be doing in a few years on Ardusat's system and other cube sats or other type of education or general public satellites that get launched and have this level of access. Instead of writing "Space Invaders" in BASIC and playing it on Apple II or other early PCs, they'll be programming MCUs with the Arduino IDE (integrated development environment) or other program development tools to 'play' real-time "Orbital Space Spy," gathering real-life data in space and figuring out how to capture and package information that lets them become globally-recognized experts on their area of interest or sell information to governments or corporations.

Like many other developer 'platforms,' the truly valuable and innovative outcomes from widespread access to microcontrollers, sensors and other related satellite components that can capture or generate information or physical products in space will be things that the satellite launch companies never expected. Students, teachers and others with access to this space equipment will first do weird, fun and somewhat pointless things with the equipment, as well as activities initially envisioned by Ardusats and other organizations, such as thunderstorm tracking. True hackers rarely work on ideas suggested by someone else as being valuable or appropriate. They'd rather work eight or twelve hours a day on 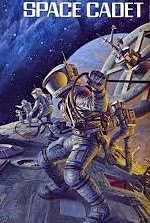 something they came up with on their own, something that fully engages them, something that no one else is doing as far as they know. Or something interesting to them that they think they can do much better than someone else.

The initial sensors in the Space Kit are listed on the Ardusat website as luminosity sensor, temperature sensor, magnetometer, ultra violet light sensor, infrared thermopile, and photoresistor. But I'm guessing Ardusats have a few more sensors onboard, either for testing or for unveiling at a future time to maintain interest in the program. Early on those student hackers will also come up with additional MCUs and related components that should be added to the next satellite launched, with a clear explanation of how those MCUs and components will be used. At least one of the student hacker 'improvements' will end up able to accomplish the purported task, but will turn out to have unexpected capabilities, either because someone figured out a new way to use the equipment or because the slightly-devious student hacker planned to use those capabilities all along but was intelligent enough to not tell people that before the equipment was launched into 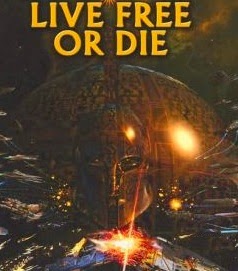 space. These escapades will bring us ever closer to the day when scifi like "Space Cadet" by Robert Heinlein and "Live Free or Die" by John Ringo will be eclipsed by true life stories.

We haven't reached the hockey-stick inflection point yet for democratization of the civilian aerospace sector, but programs like Ardusat are getting us a lot closer to the tipping point. If you work with STEM programs at K-12 schools, I highly recommend you consider getting involved with Ardusat. And if you're a student hacker interested in space, I recommend you start planning your personal participation in off-planet computing.