No, Makeblock is not a pirate microcontroller -- it's yet another Arduino robot.

The August 13 Tech In Asia article "This Chinese startup lets kids easily make and program their own robots" is sort of an update of one of the Arduino robot companies that's been around for a while. They're a Shenzhen company that did a very successful Kickstarter, ending up with over six times their original $30,000 funding goal. According to the Tech In Asia article:


"...Makeblock, a startup from Shenzhen, offers a cheaper, more practical approach. The company sells robotics kits for as little as US$120 and enterprise kits for up to US$500. Makeblock makes 200 different mechanical parts and growing, which can be programmed using either Arduino or Scratch – the latter is an MIT-developed drag-and-drop programming environment for kids to learn the fundamentals of coding. CEO Jasen Wang says kids can easily make their own toy robots, while more serious hobbyists and even professionals can create robots to be used for more practical applications. Once a robot is built, it can be controlled via mobile app..."

A Wired article from 2012 titled "Robotics Hacker Erects Open Source ‘Lego for Adults’" gives some of the backstory about Makeblock: 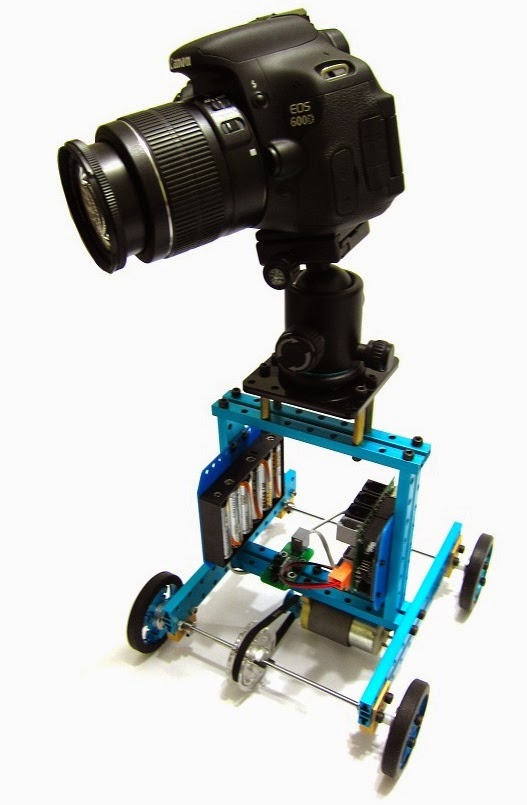 "Jasen Wang once bought a home robotics kit. He had studied aircraft design in college and spent years at an electrics engineering outfit, but he still found the instructions completely incomprehensible. And the pieces were flimsy. And after he broke two of them, he gave up entirely. The good news is that he resolved to create his own robotics kit that was actually worthy of the name. The result is Makeblock, a set of flexible components — including slots, wheels, timing belts, and motors — for building robotics...You can even integrate these components with Lego blocks, as well as open source Arduino circuit boards and various other motors and standard industrial parts. And all of Makeblock’s schematics are open source, meaning anyone can build compatible parts or try to improve upon the designs...the company has built a custom-designed servo because Wangs says the ones already on the market weren’t adequate for robotics. And he’s not entirely happy with the existing integration system, so the company is building a new electronic platform that uses modular, color-coded connectors to make it easier to attach circuit boards and sensors...The key to Makeblock’s combination of sturdiness and flexibility are the threaded slots made from aluminum. Wang hit upon the idea at his day job. Although he knew he wanted to build a better robotics kit, he had no idea how. One day, he was asked to learn more more about the production side of the business, so he was sent to the factory to be trained in assembly work. It was here that he came across an aluminum part with a threaded slot, enabling engineers to add screws or connectors anywhere on each piece."


"Compared to t-slot aluminum beams, Makeblock is much more sophisticated. It has threaded grooves running along the length of the beams, bolt holes running parallel to the grooves, as well as threaded holes on the ends of the beams. You can really get a sense of these features in the photo to the right. While the beams are great, Makeblock has created an impressive array of additional parts. The wheels and treads are extremely robust. There’s a nice variety of connector plates."

The electronics kit for Arduino and Scratch is $99 and looks like a pretty good package (it's just the electronics).

It looks like Makeblock would be an excellent starting point for a person who wants to just build a robust robot and doesn't feel the need to cut and shape every part by hand. I don't think you have to worry about your Makeblock robot falling apart because you didn't cut components to just the right dimensions or weren't an expert with a CNC router or a laser cutter.

Maybe I'll ask for a Makeblock kit for Christmas!