Daemon by Daniel Suarez is an excellent book for most people who are interested in microcontrollers (MCUs), and I'm currently in the middle of re-reading it. The MCU project in today's post, OpenTracker v2, is something that would have been right at home in Daemon. 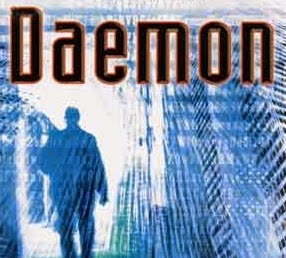 OpenTracker (we'll drop the v2 suffix for the rest of this post) is an Arduino-based GPS / GLONASS vehicle tracker. The August 21 article in Electronics Weekly gives an overview of OpenTracker and mentions a couple use cases.


"This one could of interest to a Gadget Master looking to track moving objects, such as a vehicle. Want to monitor your elderly parent, perhaps, or keep an eye on your son or daughter’s first driving adventures...The people behind it, Tigal, are raising funds on the Indiegogo crowd-funding website...it’s actually the second version of the firm’s open source GPS/GLONASS vehicle tracking system...As well as tracking single or multiple vehicles, it also monitors the speed and altitude of the objects...The Arduino Due compatible module has an Atmel SAM3A8C ARM controller, a Quectel M95 GSM/GPRS modem and a Quectel L76 GPS/GLONASS module..."

TIGAL just completed their Indiegogo effort to fund the development and launch of the second version of this moving object tracking device. Their Indiegogo campaign raised only €3,319 toward their funding goal of €50,000, so the new version of OpenTracker didn't get quick or strong uptake in the maker community or the general public. Because the Indiegogo effort was a flexible funding project, TIGAL, the developer of OpenTracker, keeps the money pledged. Also, TIGAL is an established Austrian company that sells the first version of OpenTracker online, as well as other products. The first version can be found online for €118.80 including 20% VAT.

Based on the online description of their company, TIGAL will likely continue development of the tracker's second version in spite of not reaching their crowdfunding goal. It will likely take longer for the second version to become available, so if you're interested in this 'open source'  moving object tracker, you should probably just buy the first version to learn on while waiting for the second one to appear. If you do interesting hacks with v1, TIGAL might want to have you be a beta tester for v2. Their website describes the company this way:

If you're considering buying or building a GPS tracker, you might also want to look at a few of the
other open source trackers. I didn't do in-depth research to find out which have the best reputation, but here are a few links to get you started:

I've never done a maker project with GPS tracking, but it appears there are a number of options for doing that with open source designs. If you want to track your child, your parent or a potentially wayward or nefarious client (I have no idea as to the legalities of any of those activities and IANAL) or if you want to clearly understand how someone might be tracking you, this post should at least point you in the right direction...