On a cool, foggy, northern California Saturday morning in the Beachcomber Cafe in Bayside I read a Silicon Republic article titled "Ireland’s first internet of things hardware hackathon happening in September." That article sparked the desire to start the search for an event cofounder, a core team of hackathon organizers, and diverse group of sponsors for a Humboldt hackathon.

A promo video for the Irish hackathon gives you a flavor of what will take place there in September 2014. Ireland's Internet of Things (IoT) hardware hackathon's website says this about who can participate in their hackathon:


"Anybody interested in developing ideas into physical objects, especially if they are connected, are welcome! Whether you’re hardware, software, data or entrepreneurial, you’re encouraged to attend and meet like minded people to get creative over the weekend. We will be encouraging people to share their ideas and have other participants join their teams to work together." 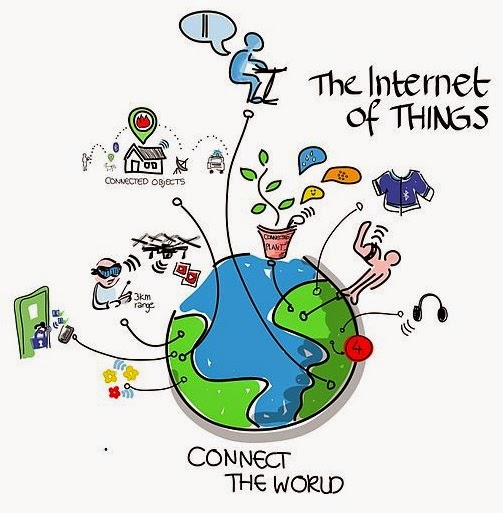 Substituting "Humboldt" for "Ireland" and borrowing some phrasing from the above Silicon Republic article, the Humboldt hackathon looks like this:


"The Humboldt Microcontrollers Group is calling all inventors, designers, creators, makers, entrepreneurs and engineers to take part in Humboldt County’s first hardware hackathon for the Internet of Things (IoT). The hackathon is focused on the emerging IoT opportunities whereby millions and billions of devices connect to the internet. The hackathon's goal is to bring the Humboldt TIME community (Tech, Innovators, Makers, Entrepreneurs) together, engage more participants in a brave new world of microelectronics, get our hands dirty and come up with cool stuff. To make it happen, we are recruiting event sponsors to provide an extensive list of developer hardware, including Arduino kits, Raspberry Pis, Texas Instruments LaunchPad boards, Intel Galileo boards, littleBits, 3D printers, a CNC machine and other makerspace components and tools for people to create prototypes of their ideas."

This Humboldt event will combine the structure of a hackathon with the participant-driven principles of an unconference. Unconferences and software hackathons have been around for quite a few years, but hardware hackathons are a relatively recent development. The emergence of the maker movement, the wide variety of hardware hacks being promoted and funded via crowdsourcing services like Kickstarter and Indiegogo, and the rise of hardware incubators and accelerators such as PCH's Highway1 have combined to build an ecosystem and raison d'etre for hardware hackathons.

There is plenty of information online to help us organize an enjoyable and worthwhile IoT / hardware hackathon. There are hardware hackathon examples like MakeMIT, the Hackaday Prize, the Y Combinator + Upverter Hackathon, and the Maker Faire Detroit Hackathon. The "10 Steps To Pulling Off A Killer Hardware Hackathon" article in FastCoLabs has great suggestions we can use to deliver the best possible event. And I've got lots of experience with organizing and participating in unconferences, like BarCampMilwaukee.

The keys to a successful Humboldt IoT Hardware Hackathon will be:
I've got hundreds of ideas that will make the Humboldt hackathon be a fantastic event. But before I go much further with organizing the Humboldt IoT/Hardware Hackathon in my mind and in Google Docs, I need to find an event co-organizer. Together we'll develop the general event concept and guidelines. Then we'll recruit people for the organizing team and schedule organizing meetings to keep things moving forward.

Baby steps, Bob. Just take one little step at a time...and I can do anything!